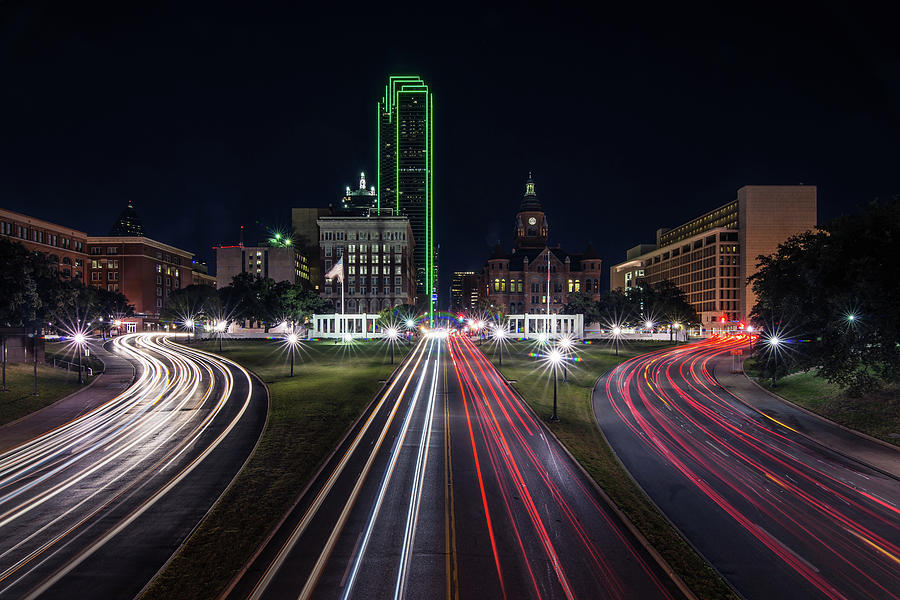 Dealey PLaza in Dallas at Night with light trails from the cars passing by.

Some of the Dallas Skyline is visible including the 921 foot Bank Of America Plaza building outlined in green. Just to the right of center is the Old Red Courthouse, built in 1892 built of red sandstone and marble.

This is also the famous Dealey Plaza where President John F. Kennedy was assassinated. The School Book Depository is the building to the far left, and the window where Oswald was perched is the square one, on the right side of that building, second from the top.