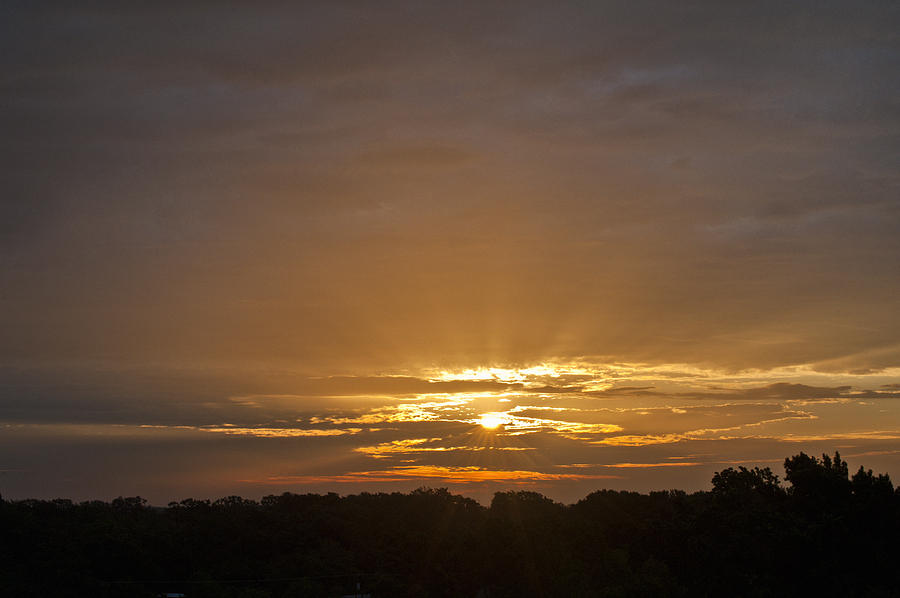 A New Day - Sunrise in Texas

A New Day - Sunrise in Texas

This is one of those times when a little ray of sunshine comes poking through a rather dark time.
Friday a few weeks ago, I lost my uncle suddenly and very unexpectedly. That evening I just sat around in a funk. I never felt the desire to go to bed� I would not have been able to sleep anyway.
At about 3am I decided that I needed to do something that felt more "normal" as well as something that tied back to my uncle, who had been involved with photography for many years and was a bigger influence on me than he probably knew (He is actually THE reason that I shoot Nikon). So I grabbed my camera, hopped in my truck, and went looking for something to do to occupy my thoughts.
After several hours it was time for the sun to come up so I figured I would get a shot of that. The only problem was that it appeared to be solid cloud cover which would have blocked the sun. But persistence and patience are part of the craft, and at the last minute there was a break in the clouds and this happened.
Any ordinary Saturday morning I would have been sleeping and totally missed the opportunity to see this. Of course I would much rather have him around than have this photo, but that wasn't my choice to make. In the end, it is interesting to think that he did have a hand in making this.